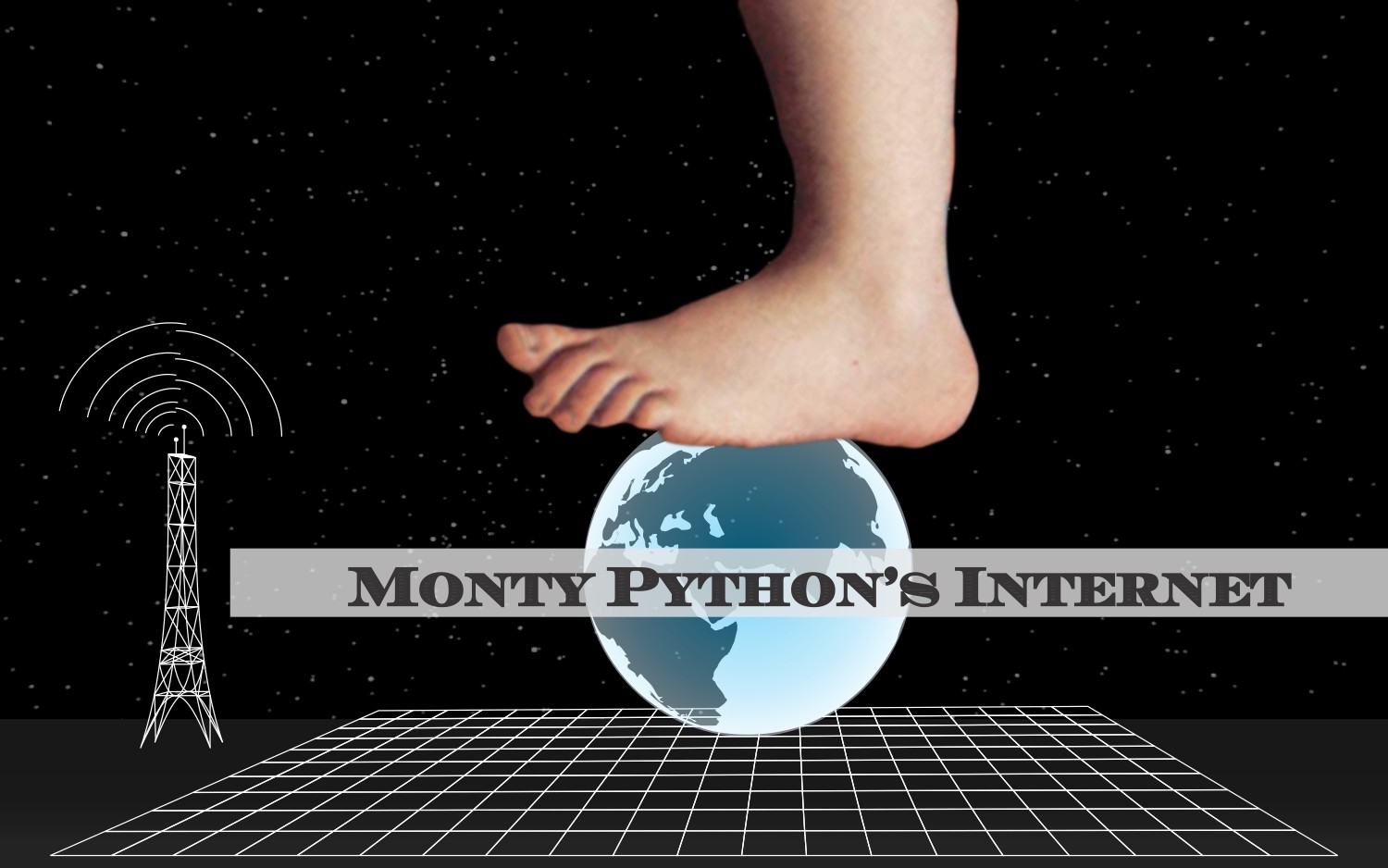 “What, you didn’t know how deeply Monty Python’s Flying Circus
was involved in the early development of the internet? Gasp!”

Despite all those many happy years which have flown by since Monty Python strode majestically across the world, or globe if you’re American, we can still look back for those first signs of their deep involvement in the early years of the internet.

Ah, you poor young innocents thought spam was just all that junk mail and tricky hacky messages flooding your inbox?  But no!  First came the Spam Song.  A warning from the prophets of the internet, a terrible tolling bell of doom ringing out across the world.

2. Is this the right room for an argument?

Monty Python gave us one room for an argument, although we could argue over that for decades, but the internet has now given everyone their own room for an argument.  No longer will you have to hide in your mum’s back bedroom, now you can argue with anyone, anywhere, any time in the world, or globe if your an American, and argue anything, and everything, all the time.

Whether you’re a “troll”, a psycho or an American preacher of god’s vengeance you can argue your point to all the other trolls, psychos and gods’ messengers to your heart’s content.

Yes!  The internet is the right room for an argument, and there are millions of them!

3. Nobody Expects the Spanish Inquisition!

The savage days of brutal kidnap and torture by the Spanish Inquisition are over?

Oh, you poor innocents1  Have you not understood the enormous tool the internet serves the modern inquisitions?

The CIA, FBI, MI5, MI6, NSA, KGB, XYZ, Google, Facebook, Amazon, TikTok, Your Mum, whoever, are watching your every move, monitoring your every motion, and if you take one step off the True Path of Enlightenment (God, Democracy, Corporate Capitalism and The American Way of Greed) you’re heading down the path to your very own RENDITION!

Yes, it’s the ducking stool for you, it’s electrodes up your jacksie, its probes in places you didn’t believe could be probed in dank dungeons somewhere in Eastern Europe at the Hotel CIA.  And in cyber-space nobody can hear you scream, but it will be caught on someone’s camphone and they’ll post it on YouTube next week.

Thank you Sir Monty!
Thank you for your enlightened and severe warnings!
We apologise for not heeding them.