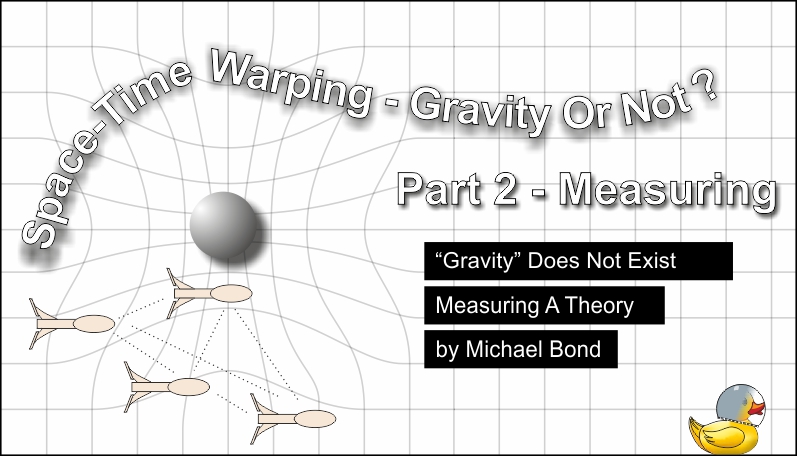 A couple of weeks ago I proposed one alternative view of gravity, that gravity as a distinct force and element in the cosmos didn’t exist and that what we call gravity is a distortion of the “fabric” of space-time under the influence of mass-energy, such as little blue planets.

Following publication here and elsewhere I was asked what could space-time be made of if it has a physical property and how could we test it.

I have no idea, but I have pondered how we could look at space-time. It’s going to be a very long journey for some lucky physicists, astronomers and their attendant space crews. It could be longer than any “five year mission”.

The Solar System Is Bent

The problem with trying to measure the theory is that we live deep inside the gravity well of our own planet, that of the sun and the surrounding solar system, and the wider gentler gravity well of the galaxy, so measuring the idea of the Cosmic Surface Tension (the point where “gravity”/space-time flattens out)is going to be difficult.

I don’t believe we will easily be able to sense the effects of any kind of Cosmic Surface Tension close to any local planetary mass-energy body, whether close to a world, the sun or the collective action of them along the plane of the ecliptic.

If we are to test this then we will have to rise above, or sink below, the plane and reduce the effects of local space-time distortions. If we are to find any evidence of local Cosmic Surface Tension it will be found above and below our solar system, far enough out that the effects of all planetary bodies cross a threshold of influence, if such a threshold exists.

If the idea of Cosmic Surface Tension can be found locally we will have to search for and reach the threshold where local “gravity” (the effects of mass-energy) are cancelled by the Cosmos. Whether this is in the outer edges of the solar system or some other critical point we will have to send out devices, vessels or fleets with the instruments and crew needed to make the most precise measurements to find and study that threshold, and respond to anything they discover there.

The world has become accustomed to the idea of sending little space “probes”, small robotic instruments to send back tiny amounts of data in a stream that will keep scientists busy for years. I believe in something bolder, bigger and potentially far more intensive if we are to test my idea of Cosmic Surface Tension. We will use one or two fleets of dedicated survey ships.

One reason for a fleet of ships is to carry all the crew, specialists, supplies, laboratories and much, much, much more to conduct multi-year missions to study space-time, carry out long range remote astronomy and sample free-floating materials that might be found in deep interplanetary space which might not normally ever reach the inner solar system.

The fleet has four well-provisioned ships positioned tense of thousands or hundreds of thousands of miles apart. Each vessel is monitoring each other continuously to created very long baselines of measurement between their respective positions, motions, and sense any local distortions in their local data.

Together the fours ships form the points of a sphere of sensitivity, each ship places at 120 degrees arc away from the others around a central point of reference.

If there is any effect on space-time as a result of local Cosmic Surface Tension it is expected to effect one or more, but not all of the vessels at the same time as they transition through any such zone. Thus the effects can be measures on one or more ships by referring their motions and positions back to the others.

The ships in turn may be surrounded by a constellation of smaller robotic instruments, drones, to extend the scope of sensitivity and measure more subtle differences and details as the fleet continues on its course.

This is currently only a speculation. More refinement of the model would be needed to justify the costs of at least one, possible four fleets send in different directions to loop up, down, out and around the solar system, plus all the attending ancillary services.

I estimate that this will take approximately 20-30 years to complete the build programme now I’ve begun the fund-raising for the starter projects.